Allon Barsam is a Consultant Ophthalmic Surgeon specialising in cornea, cataract and laser refractive surgery. His clinical and research interests are in complex anterior segment and corneal surgery, refractive surgery for high ametropia and safety in laser vision correction.

He has a passion for teaching and has run video based instructional courses at both the ASCRS & ESCRS.  As well as 35 scientific peer reviewed papers, he has co-authored 2 textbooks and 15 book chapters in topics related to cataract and refractive surgery. He is  a member of the editorial advisory board for CRST Europe.

We Have Best Professional Team To Care Your Eyes 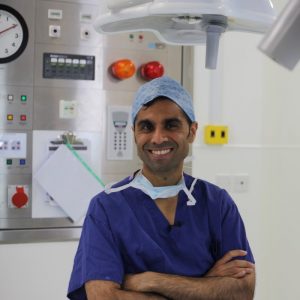 About Mr Gurjeet Jutley A Consultant Ophthalmic surgeon at the Oxford University Hospital, with sub-specialty interest in glaucoma, trauma and complex cataract surgery. He is the glaucoma expert at the OUH, offering